(Fuck the fire, we got grease)

So what then, Charlie? We're gonna vote on everything?

Everybody here is equal

Corporations have a board of directors, so will we

Throw the Patek in the sky 'til I see double vision

Turned ten thousand to a ticket, they ain't fuckin' with us (Nah)

In the trenches, Cullinan outside parked in front on sixes (Skrrt)

Bought the mansion next to Lou mansion, call that Doublemint (What up, twin?)

See me tomorrow, I'm in some other shit (Yeah)

Same ones I struggled with the same ones I'm stuntin' with

Get it off the face, move the load without touchin' shit

Hit the Mexican for tons (Yeah), presi' on my son

Bosses in the city, we as heavy as they come (For real)

Got a plug out in Cali, crib shoppin' in Miami

Bought a presi' off hand-in-hands, it felt just like a Grammy (Yeah)

Bitches from my past still braggin' how they had me

The shit a nigga talk, not too many understand me (Nah)

Spent a Nally up in Neimans (Nally), Cali in the meeting (Yeah)

My uncle told me that these niggas rattin', play strategic

And never tell nobody outside of the family what you thinkin'

Got it out the mud, now my jewelry look like Hendrix (What up?)

Yeah, the back wheels turn theyself when I'm passin'

Them backstreets turned me up when I was trappin'

Everybody got them Carti watches, they like assholes (Hah)

Put on brand new shit to take the trash out

Stay an hour and a half out, started with a half ounce (A half ounce)

Opps came to the hood and got chased out (Uh-huh)

We was chasin' custos before they chased clout

Runnin' out of stashes

Used to bag work 'til I was runnin' out of plastic

Runnin' off, boy, you just runnin' to a casket

While we in the club poppin' bottles by the casket

Greeted with hugs from my kids outside the mansion

Sell it to slums from the coasts, I barely taxed 'em (You know)

Idols turn into rivals when you pass 'em (Fuck 'em)

1
Bacc Again
2
Out Here ft. Moneybagg Yo
(Onokey fully loaded) (Mmm, Memphis) Freaky bitch know I don't kiss, come suck my dick, you ain't on shit Got eight chains, they all on ice, ho, I'm too lit, this ain't no Tris I put sixes on my Wraith, ten thousand gone to change my 'fit Brand new...
3
Mudd Baby
Ooh Ca$h out, what it do? Ooh-wee (Shit) Back again Iced Up Records Yeah Yeah, lay in yo' shit Quick to blow on that chopper, it just stay on shit Fuck the coppers, oppers like a butler, I just wait on shit Goofy niggas...
4
Quagen
I ain't recorded in over two weeks (Cash out what it do?) Okay, shit Yeah, Drank God Yeah Mud baby, I went gun crazy I got drug habits Big game, keep that stick on me Yeah that's my lil' nigga Crip member, we don't swiping
5
Know The Difference ft. Lil Baby
(Damn, Bay G, this a hit) (Ayy, Celo, this shit crazy) New car, new chain, new watch, new spot Nigga hating, new opp, new Glock, get shot Cold water, make it lock I went poor to make it out I stayed by the governor house I done found ano...
6
Everyday ft. Future
(Antt did the track) Real street nigga, we make a tape in one day Real street nigga, we make a tape in one day Grab that stick talk, we up that bitch in four-trey Real street nigga, we make a tape in one day Grab that stick talk, we up that bitch in...
7
Sippin ft. Babyface Ray
Nigga talkin' this lean shit, nigga, you know what's— (You can't fuck with us, nigga) Really live this shit, nigga, Drank God Yeah Real Ghetto Boyz shit Drank God (Got this shit on me right now, nigga) All real, real trap niggas (Rich off pints for real)
8
Ghetto Ice ft. Rio Da Yung OG
(Reuel, stop playin' with these niggas) Bitch, you crazy What? Got a ghetto bitch, she got ass and titties All at Blue Flame and went to Magic City Head so good, I almost crashed the Bentley Brought my girlfriend and let her smash her with me...
9
5 Milli
Da Realest Turn the beat up a little bit, whew That's right, hm Yeah, mm, yeah Hop up out the ride with that big bitch and get to trippin' Police push up on me on, had to blitz it out the window Get a nigga dropped, fah-fah, we whacked the wit...
10
Tear the Club Up ft. Future
You took the autotune off? Real shit, need the autotune off, though (Drank God) Just like this, keep it goin', don't even cut it off, nigga (Damn, Max) (Iced Up Records) Tear the club up, tear the club up (Tear the club up) Aight, yeah, one more tim... 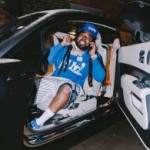